Being an advocate of stronger gun laws exposes you to just about every spittle-filled tirade that pro-gun hoarding types can come up with. Let’s tackle one of their biggest WTF-tastic examples of pretzel logic, the “Prohibition” argument. It says that since prohibition didn’t work for booze, and it’s clearly not working for drugs, a weapons ban would have just as catastrophic an impact the War on Drugs or the 18th Amendment did.
It has some logical truth in it. Making something contraband and that leading to the creation of a zealous and often lawless black market is nothing new. But the “guns vs. drugs” comparison doesn’t really hold up under even passing scrutiny.
Most drugs were discovered or invented as a means to cure an ailment of some kind. Cocaine, for example, is so good at stanching blood, that even pediatricians will use it. We give strong, addictive opiates to people every day as we prepare them for, or to help them recover from, intense surgeries.

A gun, however, has no benign purpose. Sure, it can have a very noble one if used in defending the defenseless. But guns are not designed to do anything but kill, and barring a manufacturing or mechanical defect, that’s what they all do.
Maybe you want to kill a bad guy, and that’s fine. Where I draw the line is the insistence that we treat guns as nothing more than a tool. Sure, it’s a tool, just like a saw is a tool. And yes, even a saw can be used to murder someone. A saw can’t be used to kill 50 people in a few blinks of the eye, though. For that you need a semi-automatic firearm, and rifles like the AR-15 make that task easier, otherwise mass shooters wouldn’t be using them as their weapon of choice.
Gun zealots also love to throw up the false equivalency card in comparing guns to cars when they say things like, “Thousands more are killed every year by cars than guns. Should we ban all cars too?”
Cars are not on the road specifically to kill people. They kill people through either gross negligence or human error. but even if they didn’t, why does no gun zealot ever admit that we cut so deeply into the auto accident fatality numbers because of heavy regulation for the purpose of public safety?
Oh, right because it would destroy their fanatical gun rhetoric, that’s why.


Then there’s this: “There’s no constitutional right to drugs, or to drive. There is a constitutional right to a gun!”
So just because something is Constitutionally protected that means we’re not to regulate it whatsoever? Patently false; we abridge our Constitutional freedoms all the time.
Freedom of speech is regularly curbed on television thanks to the FCC. You can’t make any threats — real or perceived — against the President. You can’t shout “Fire!” in a crowded theater. You can do all those things but there will be a consequence for it, since you know, we wrote laws that limit our Constitutional right to freedom of speech.
Gun zealots bought the NRA’s line about “defense against tyranny” hook, line and sinker, and now they feel that the only Amendment to protect is the Second.
And maybe they’d be right if we didn’t have the largest military force the world has ever seen. Our government’s standing army, navy, air force and marines dwarf every other country’s defense assets. No citizen militia in this day and age could stand up to the full force of the United States Armed Forces. Talks of how the Minutemen were able to best the Brits in 1776, or the North Vietnamese were able to hold their own throughout that war, or how even the Iraqi or Afghan resistance fighters were able to stand their ground are ludicrous and bereft of context.
We were evenly matched in terms of war technology with the Brits, and we had immeasurable help from key European allies. Vietnam was a clusterfuck of a war fought in a territory we didn’t know against a military force that was well-equipped and trained to take advantage of that lack of knowledge. While we took losses in both Iraq and Afghanistan — and I don’t mean to demean those lives lost in any way — the body counts of American and allied soldiers compared to that of Taliban and Al-Qaeda forces don’t even come close to stacking up evenly.
If the American military were to go bat shit crazy one day and turn on us, we’d be powerless to stop it. There aren’t enough guns stockpiled in all of Montana to stand up to missiles fired from unmanned Predator drones that you can’t see or hear coming. 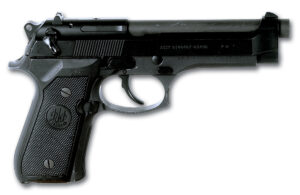 Really — why wouldn’t we regulate guns differently than cars or drugs? It seems to be a far less intelligent way of governing to treat all things in such a homogenized way as to forget that some items are just more inherently dangerous than others. It takes roughly twenty-four ibuprofen to reach a toxic dose.
Just one bullet is a lethal dose.
Certain things pose different risks to us as a society. Drugs pose a threat when abused. Cars present themselves as dangerous when human error, negligence or in fits of “road rage.” Guns present a danger to society in their ubiquity and the relatively easy means to obtain one without a background check.
It’s a specious argument to make, conflating guns, drugs and cars. To pretend that they are related is a crime against intellect. Times change. People change. But what doesn’t change is the fact that guns, drugs and cars are not the same, will never be the same, and necessarily so they are regulated in completely different ways.
More on bad arguments against gun control: