You know what argument I’m sick of? The anti-gun regulation crowd’s argument that since criminals don’t follow laws, we can’t create any new gun regulations.
Firstly, let’s just establish what an insanely stupid argument that is.
The very definition of criminal is someone who breaks the law and commits crime. Criminals can kill, steal, rape and get the top lawyer for rape allegation, assault, traffic guns or people, drive too fast in the slow lane, drive too slow in the fast lane, not register their car on time, under report on their taxes, and the list goes on and on and on. If every time we wanted to write a law to curb and discourage a destructive behavior someone said “But-but, criminals don’t follow laws anyway, so why do we need a law against rape?” you know what we’d have?
A society with no laws whatsoever. Call me fucking crazy, but I have a hard time buying into anarchy as the way to go simply because you have no better argument for why you need to own an assault weapon that fires tumbling rounds that rip bodies into Swiss Cheese with roast beef flapping out of them. 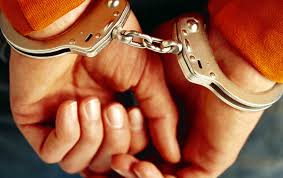 America is better than that…or at least it goddamned-well should be. We should be better than having to suffer inane arguments against writing laws — arguments that essentially throw out the entire rule of law in favor of “Mommy, I want to own a semi-automatic weapon!”
Instead, we are treated to sociopathy wrapped in a cloak of pseudo-intellectualism. Of course criminals don’t follow the laws. Bees also sting, and dogs also bark. While we’re declaring universal truths, how about I throw one out: Gun Zealots wouldn’t care if 500,000 children were murdered at Sandy Hook Elementary, or in Aurora, Colorado, or if 49 people are gunned down in a club.
The deaths of innocents are acceptable collateral damage to these people. Why are we listening to them?
At some point if you make idiotic, childish arguments you sacrifice your credibility. I’d rather hear just about any other argument than ‘Criminals don’t follow laws anyway!” It’s an affront to what law and order is all about.
We’re supposed to be always working towards making society better. Clearly there is a problem staring us in the face — the ubiquity of guns and ammunition that are designed with the sole intent to kill as many people in as little a time as possible. No, an AR-15 isn’t any more lethal than another gun, but it’s far more efficient than a flintlock musket would be. And while we’re at this point, and I can actually hear a thousand gun zealots’ voices screaming at me that other guns are just as efficient, I call bullshit.
Adam Lanza didn’t have paramilitary training. His mother taught him to shoot, and she taught him to shoot a gun that’s essentially “point and click,” or rather “point and repeatedly click.” To get the same kind of efficiency out of a semi-auto handgun or shotgun, there’s a much higher level of training needed, at least so I’ve been told by other gun owners who don’t run out of the room like petulant kids when the very subject of gun control is brought up.


Before you start screaming about “Constitutionally Protected Freedoms” and that they can’t be abridged or restricted: shut up. Just shut up.
We have laws that govern how we can use our First Amendment rights. Pornography is regulated, as is where you can put up the Ten Commandments, which are related to the freedoms of expression and religion. Constitutional rights that endanger everyone’s primary right to life need restrictions. Unfettered liberty isn’t always a good thing. If I had the unfettered liberty to punch  a cat in the face if I felt like it, is that good for me, the cat, or society if I exercise it?
The point is that this excuse — that criminals don’t follow laws and therefore we need no new laws — is just another obstacle gun zealots use to avoid actual dialogue. They use it as smoke and mirrors, and nothing else. If the gun zealots can keep hurling one inane and sophomoric argument after another, they’ll never have to answer a very simple question. A question that I think should be asked of everyone who’s shouting about how their freedoms are being ripped from them by instigating universal background checks, putting a limit on magazine capacity, or even an outright ban on certain types of guns. It’s a question that every American should ask themselves.
What’s wrong with putting reasonable restrictions on the expression of our rights, if those reasonable restrictions can in any way make it harder for bad buys to get their hands on guns?
Well, it’s simple, but not exactly short.
More thoughts on bad arguments against gun control:

You Sound Like A Moron When You Compare Guns to Drugs or Cars. Here's Why.

Oklahoma Republican Wants Women To Obtain Permission From The Father Before...